You are here: Home / Time Management / Create A New Habit In — How Long? 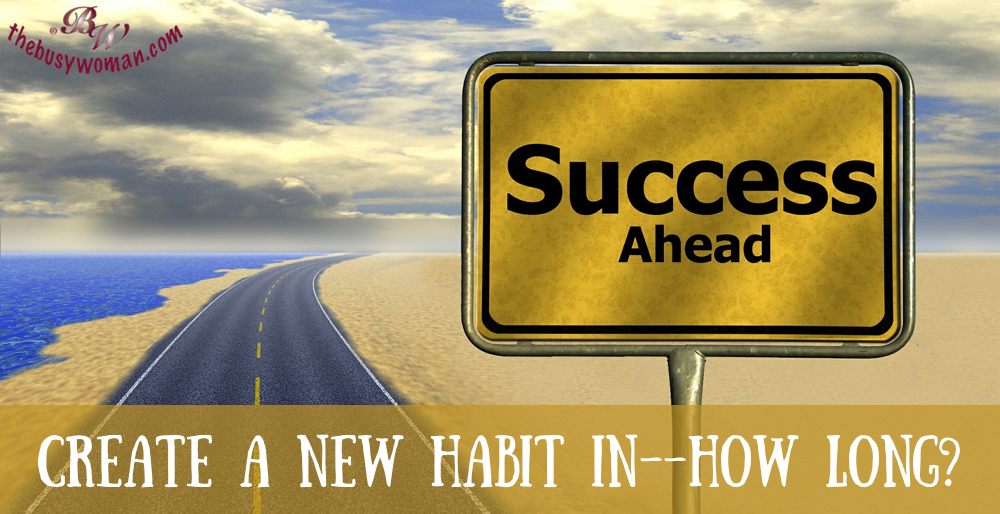 Does it only take 21 days to create a new habit? No, and yet because it was quoted as such, that’s the number that stuck. Sadly, it can take less than 21 days to form a bad habit. And sometimes, no matter how hard we try; it takes much longer to form a new habit.

So how long does it take to create a new habit? The answer is between 18 to 254 days according to Phillippa Lally, a health psychology researcher at University College London. It also depends on your mindset, and on how much of a change it is from what you are currently doing. If it’s your habit to eat carbs at night and you switch to low carb snacks, it’s probably not going to take you very long to create a new habit. Giving up carbs altogether or cutting out all sugar, on the other hand, might take longer.

When people ask that question, what they want to know, is how long they have to tough it out before it gets easier. Is there a light at the end of the tunnel when they don’t have to try so hard anymore? In other words, when will this new behavior become automatic?

While it will be different from one person to the next and even from one habit to the next, there are a few things to keep in mind:

Also helpful, is a constant reminder of why you’re trying to change your behavior. Remind yourself every day that you’re exercising, so your body stays strong, so you can hike or swim in the ocean. Or, put a picture where you’ll see it often, to remind you that you’re making frugal habits so you can one day purchase your dream home. Keep the reason you’re changing in your view and then be prepared to stick it out.

It will take some time to make new habits and replace old ones, but in the end, it will be well worth it.