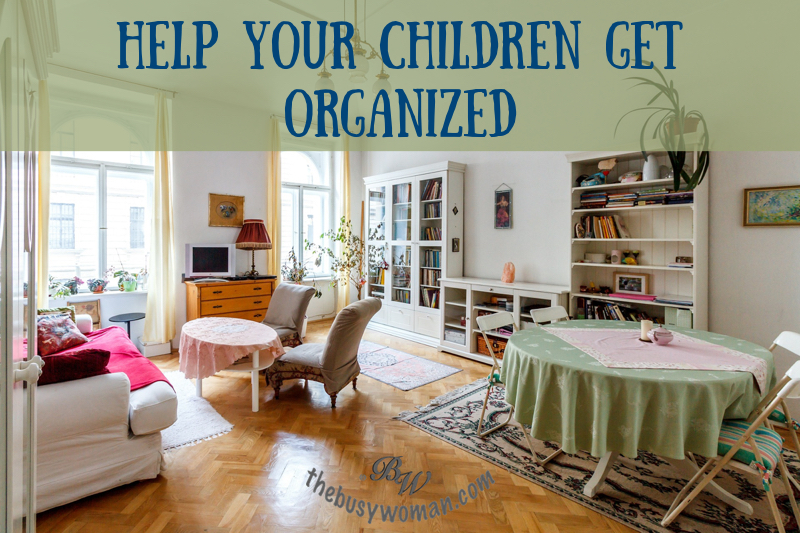 Shouldn’t we be able to give our children instructions on how to organize, and then, voilà, they know how to do it?

Unfortunately, organization is not that easy. You must teach your children to get organized. Organizing is something that has to be learned over time.

If children see their parents organizing, they will begin to learn by seeing and helping. Also, when children have one project to organize such as their own bedrooms, over time they will learn and understand the ways and means of doing.

My parents spent a lot of years teaching me how to clean, organize, write, draw, and the list goes on.  I was a terrible type B messy when I was a child, all the way up until I moved out. When I got into my own home, THAT turned me into a Type A Compulsive. This was now my own home that my friends were going to be coming in and out of, and I didn’t want them coming in and out of a mess. It would reflect poorly on me.

Encouraging participation is a very big deal in training our children. If they are not allowed or taught to participate and learn to organize when they are young, it will be hard to get them to do so later on.

Teach your children “how to” access what they need.

For example, start in a bedroom:

1. Put everything that is out of place in a pile on the floor.

2. Sit on the floor with them and show each child how to sort. If necessary, make little cards that say….

You get the picture. Now put each card in front of a large box. Also, have ready a variety of empty containers, boxes, bins and so on in different sizes.

3. Encourage each child to sort through those items they know they are going to keep first. Then they will see the piles and clutter go down faster. For example, have them put all their Lego’s in this pile or Barbies in that pile. Then allow the children to choose storage containers for those items, fill the container,and put it away.

Additionally, have your younger children follow you around the house while you clean, sort, and organize. I had six bins all the same size on the two lower shelves when my children were small and I ran a daycare center. At the end of the day, they each took a bin and filled it with like items.

Also, when my oldest daughter was little, I bought her a cute little outfit that included an apron, dust pan, broom, feather duster and bucket. The set was HER size and she loved it. When there were things that needed to go into another room, I put them in her bucket and told her which room to deposit them into. She also got to dust things on one side of the room while I cleaned on the other. I’d tell her what a good job she was doing and fight the urge to do it better.

Following me around for so many years while I cleaned did keep her from making other messes in other rooms, but most of all, it made her a participant instead of a bystander. 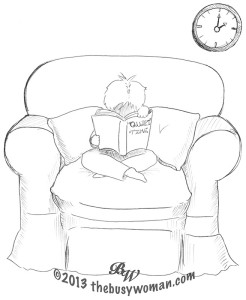 If you have a son, you can find or make more masculine cleaning tools for him to use, such as a regular small broom instead of a pink one. My son also followed me around for years while I fixed the sprinklers, mowed the lawn (I did this to keep in shape among other things) or did other things in the yard. I saw the rewards of my patience when my youngest, came to me and said, “Boy mom, Josh is really good at fixing things! He just fixed the sprinklers that were broken and stuck.”

If you want to help your children get organized, let them live what you want them to learn! They will learn to organize by watching, helping, and doing rather than when you only tell them what to do, or do the work for them.

What do you do with your children?