Cleaning According to Personality Style

There are many methods of quick cleaning such as the 5 minute pick-up, grab 15 things in 10 or less, or the 19-piece-pick-up, etc. However, for those of us with ADD, or who just can’t focus long enough on one room or task, I am giving you permission to “clean as you go” and do what works for you. Let me give you an example of what is considered “not good or proper,” but I will carry it out to the end to show you results that the other articles don’t.

On my way to clean the rest room this morning I noticed that the washer had stopped. So I stopped to put the wash to the dryer and the dried laundry to the couch. (I promised myself that I would get all of the laundry washed, dried and onto the couch for movie night. I know that sounds funny, but the kids cannot handle standing and folding unless they are listening to music or watching TV. Their attention span cannot handle it. So we fold laundry while we watch movies.)

After the rest room I went back to the laundry room to put up some more clothing. Right then it occurred to me that, “Hey, I like who I am and the way I clean, stopping here and there to complete a small task or piggyback another task. I really get things done this way and I do not get bored!”

I finished the few things I was doing and headed out into the kitchen. On my way I noticed that no one had put away the TV trays in the family room. (We do not have a coffee table or end tables in our family room, so we use TV trays for drinks and such.) I put those away and then I noticed that the room needed dusting. But that’s such a huge job, and one that I was not willing to tackle on the spot. I forced myself to leave it for one of the kids on the weekend, then proceeded into the kitchen and noticed the pile of dirty towels that were STILL on the floor and heck, since I’m on a laundry kick today anyway, bent down, picked up the towels and carried them back to the laundry room. What is weird is that something as small as bending down, picking up dirty towels and taking them to the laundry room does not get done right away.

After the towels, I went back to the kitchen, to do the dishes, wipe down the counters and clean the floors. However what I actually ended up doing was bagging up all of the recyclables the kids left here, there and everywhere (because apparently they do not seem to care about it until it blocks their path), and took them out to the bin. (If their friends are coming over, they might feel somewhat compelled to clean up.) While I was outside, I noticed that some tools were left out in the rain (We did not expect rain.). So I put the tools away. But then I noticed that the trash cans were never brought in from out front, so I proceeded to unlock the gate and do that. While out in the front I noticed that the pile of dirt the kids never leveled off was growing grass. One thing led to another, and then things got weird…

I had the insatiable urge to level off the dirt in the 3′ by 12′ section of the front yard, near the curb of the house. My reasoning; Grass was starting to grow and if I could just level out the pile of dirt and twigs I wouldn’t have to do any planting or worrying about that section. This was another one of those times where the kids were supposed to have done the chore, but were either too tired, had too much homework, or just did not want to do it. HAD they leveled off that section and put the dirt in the yard waste bin when I asked them to, the rain would be preparing that area for grass right now, the refuse company would have picked up the bin of yard waste, and in a week that area of dirt would start looking very nice. But later never came so there were uneven large mounds of dirt and twigs that were turning into mud with a few places sprouting grass.

I decided that I just had to go out there and TRY to level it off while there were still a couple of days of rain expected. Try as I might, I just could not do it. I got maybe 1/3 leveled off and the rest turned to squishy, mushy mud with one HUGE mound off to one side. Soaked through one layer of clothing, I decided this would be another lesson I would have to teach the children. The whole day seems to be turning into lessons of learning for the kids.

Coming back inside to dry off, I noticed that it was only 11:42 am. I also noticed how much I managed to accomplish, going from one thing to another: much of the laundry is washed, dried and on the couch, all of the recyclables are out, the trash cans are in, the yard is cleared, the car is empty, and everything is generally neat and tidy!

I will take a few minutes before the kids come home to vacuum, then spend some time packing orders before I leave to pick them up from school, then head over to the middle school to help the children develop their school web site.

It is difficult for me to focus on ONE room or ONE project at a time because the accomplishment of a tiny task is apparently not enough for me. I prefer to move from one area to another, piggybacking one task onto another, satisfying both my desire to move around and my inability to focus on one task for an extended period of time.

Piggybacking tasks is in a seminar The Busy Woman’s Daily Planner© has on tape. However, until owning this business, I never realized how many women have personalities that NEED to piggyback tasks according to “their” way, not necessarily one of the ways you read in one of many different books on organizing. Of course we can all use some help and learn something new now and again that proves helpful. But as the old adage goes, “if it ain’t broke, don’t fix it.” If you need a pick me up or refresher or what we call, “Back to the Basics,” then great, The Busy Woman’s Daily Planner© can help you with that!

Given MY personality, I was able to accomplish SO much within a few short hours. I may not have started with a plan detailing the tasks I needed to accomplish, but I got a great deal of work done, just the same. The writers of organizing books who say that the way many of us do tasks and bounce from one thing to another is wrong or could be done better or SHOULD be done differently don’t understand how “we” are. We have to do things according to our personalities and not change our whole way of being because a book was written that says we are doing it incorrectly. And again, that does not mean there is not room for improvement, but as moms, wives, businesswomen, EVERY woman, we have more on our plates than we should. We will go for help when we need it. And we will do what works, to get the job done. 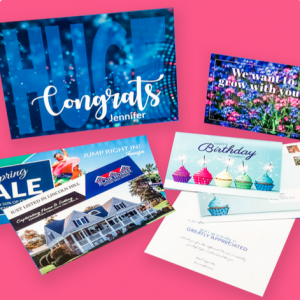 Join me on FB for encouragement!